Thredbo Jazz Festival - Where Do You Wanna Go Accommodation Direct 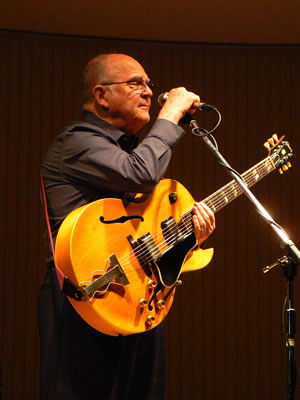 Jazz in the Snowy – Thredbo Jazz

Following another great summer of music amd events, Thredbo is excited to announce the return of its annual Jazz Festival. Back for its 29th year from 29th April – 1st May 2016, the three day celebration of exceptional music, great food and wine, and endless dancing will take over Thredbo, in the heart of the picturesque Snowy Mountains. This year’s line-up features over 18 incredible acts that are set to play in a variety of village and mountain venues.

This year, legendary jazz guitarist George Golla will be joined by star singer Jackie Cooper for the highly anticipated spectacle, “Lunch with a Legend”. As part of this rare experience, George will regale fans with a host of stories, whilst playing the music fans have come to know and love. 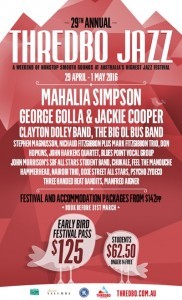 George Golla  is an Australian jazz guitarist born in Poland. In 1959 he commenced a long-term working musical partnership with clarinetist/flautist/saxophonist Don Burrows that continued for almost forty years. On 10 June 1985, Golla was made a Member of the Order of Australia with the citation, For service to music.  The George Golla Orchestra won the inaugural category of ‘Best Jazz Album’ for Lush Life.

He has made hundreds of recordings, including The Don Burrows Quartet at the Sydney Opera Housewith during a tour with Grappelli and Burrows. George Golla was a teacher at the Academy of Guitar in Bondi alongside Don Andrews, specializing in Jazz and Classical guitar, he wrote several books on theory, scales and the modes.

Thredbo is also proud to present star of X-Factor Australia, Mahalia Simpson, performing in the mountains for the very first time. Joining these artists on the line-up is a long list of acts, including Jazz artists Nairobi Trio and Dixie Street All Stars plus internationally acclaimed Hammond organ maestro and vocalist Clayton Doley, the ever-popular Psycho Zydeco and the swinging roots sounds of The Big Ol Bus Band.

The current year’s occasion guarantees to convey music enthusiasts a life-changing weekend, with the stars of Australian Jazz turning out to sparkle in the closeness of Thredbo’s venues.  This year’s event promises to deliver music aficionados an unforgettable weekend, with the stars of Australian Jazz coming out to shine in the intimacy of Thredbo’s venues. Across the festival, performances will take place in alpine bars, cosy restaurants, a nightclub, in the outdoors Village Square and even at the top of the Kosciuszko Express Chairlift!

The 2016 Thredbo Jazz Festival will be a music-lovers delight,

For the best range of Thredbo accommodation visit www.thredboreservations.com.au